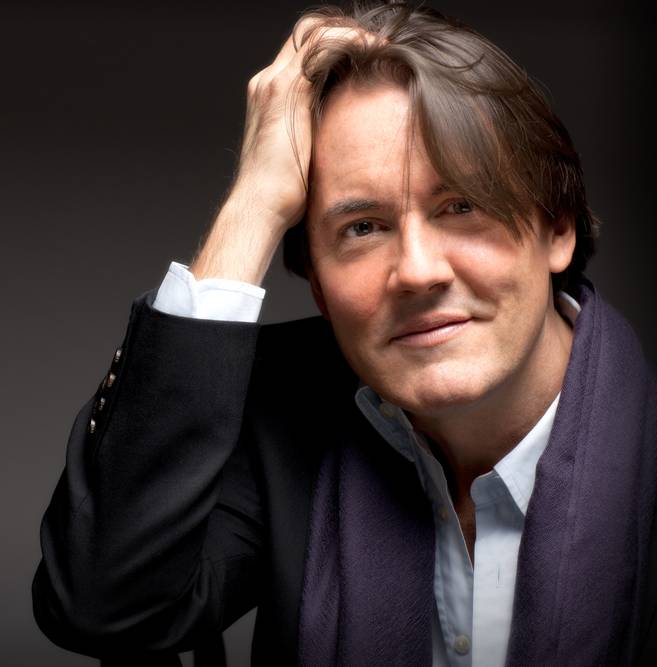 Pianist Mark Markham is equally at home as a soloist, a collaborator with great singers, a chamber musician, a jazz pianist, or a vocal coach, and his interpretations have been praised by the public and press alike. His international career encompasses performances in North and South America, Europe, Asia, and the Middle East, while the artistry of his playing has been described as “brilliant”, “exquisitely detailed” and “in full service to the music.”

Starting in 1995 for more than 20 seasons, Mr. Markham was the recital partner to famed American soprano, Jessye Norman (1945-2019) giving nearly 300 performances in over 30 countries, including recitals in Carnegie Hall in New York as well as concerts at Concertgebouw in Amsterdam, La Palau de la Musica in Barcelona, the Philharmonie in Berlin, London’s Royal Festival Hall, the Musikverein in Vienna, the Salzburg Festival, Bunka Kaikan in Tokyo, Athens, Paris, St. Petersburg, Moscow, Tel Aviv, and at the 2002 Nobel Peace Prize presentation to President Jimmy Carter in Oslo.
​
Other recent performances with Markham include a solo recital at the Lexington Bach Festival-“Bach and the Art of Improvisation” followed by a recital with mezzo-soprano Elizabeth DeShong at the Kennedy Center in Washington, DC. At Weill Recital Hall at Carnegie Hall he gave recitals with soprano Leah Crocetto and mezzo-soprano J’Nai Bridges. In February he was pianist and music director for a program celebrating the music of Kurt Weill and George Gershwin at the Kansas City Opera, and he returned to New York City for a solo recital – “My Songs without Words” in a Sacred Space series. In May he gave a recital with French tenor, Stéphane Sénéchal for the Art Song Preservation Society’s music festival in New York at The Manhattan School of Music. In June he presented a talk and performance of French music in honor of La Fête de la Musique for the Alliance Française of Hawaii in Honolulu. He also has his own vocal workshop in Europe, Singing in Sicily, a non-profit intensive training program for talented young singers from around the world.

As the recipient of the 2016 Distinguished Alumni Award from The John Hopkins University, he opened the 2017-18 season with a solo recital of the Peabody Conservatory, celebrating the 40thanniversary of the Peabody-Hopkins union. Other performances included Prokofiev’s Concerto #3 with the Eastern Connecticut Symphony, a vocal recital with soprano Leah Crocetto and baritone Zachary Nelson at the Morgan Library in New York City, Ravel’s Concerto in G with the Harrisburg Symphony and a performance of Rachmaninoff’s Concerto #3 with Lincoln’s Symphony Orchestra.

Born in Pensacola, FL, Mr. Markham made his debut in 1980 as soloist with the New Orleans Symphony Orchestra and in the same year was invited by the renowned Boris Goldovsky to coach opera at the Oglebay Institute. He went on to spend 10 years at the Peabody Conservatory, where he received the BM, MM, and DMA degrees in piano performance under the guidance of his teacher Ann Schein, a pupil of Mieczyslaw Munz and the great Arthur Rubinstein. While under her tutelage he won several competitions including the Munz Competition and the First Prize and the Contemporary Music Prize at the 1988 Frinna Awerbuch International Piano Competition in New York City. He has toured with soprano Phyllis Bryn-Julson and made critically acclaimed recordings of works by Messiaen, Carter, Dallapiccola, Schuller, and Wuorinen. Additionally, he has toured the US, Europe, and Asia with countertenor Derek Lee Ragin and has given recitals with Jennifer O’Loughlin, Marianna Pizzolato, Artura Chacon, Gordon Hawkins, Theodora Hanslowe, Christine Brewer, Isabel Leonard and Vinson Cole.

Much appreciated by the public for his improvisational skills, Mr. Markham performed at the Expo 2000 in Hanover, Germany, where he collaborated with Sir Peter Ustinov for a live television broadcast throughout the country. His gift for jazz has been recognized in the Sacred Ellington, a program created by Jessye Norman in which he served as pianist and musical director, which toured Europe, the Middle East and finished with a performance at the Cathedral of St. John the Divine in New York City. His recording with Jessye Norman, “Roots: My Life, My Song” was nominated for a Grammy Award.

Mr. Markham is a former faculty member of the Peabody Institute of The John Hopkins University, Morgan State University, the Norfolk Festival of Yale University and the Britten-Pears School of the Aldeburgh Festival in England. He is on the Advisory Board of the Art Song Preservation Society of New York, and has given master classes throughout the US, Europe and Asia. He has guest lectured at The John Hopkins University and the Metropolitan Opera Guild. A former resident of both France and New York City, Mr. Markham currently resides in Baltimore, Maryland.