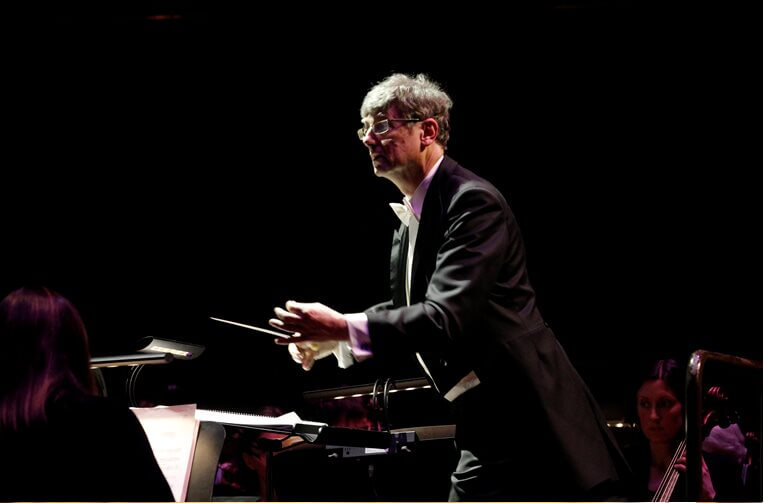 Anthony read music at Queen's College, Oxford, and studied at the Guildhall School of Music & Drama. He went on to the London Opera Centre where, at the conclusion of his course, he was invited to join the permanent staff. He also studied accompaniment with Geoffrey Parsons and Paul Hamburger.

He has played for numerous recitals, including those with Dame Janet Baker, Dame Anne Evans, Sir Thomas Allen, Håken Hagegård and Robert Tear. His recordings include two CDs accompanying Linda Finnie in recital (Chandos), harpsichordist on the award-winning The Rake's Progress with John Eliot Gardiner (Deutsche Grammophon) and Assistant Conductor on many other opera recordings. He works closely with the Peter Moores Foundation, advising on the recording of opera in English, and frequently appears with the BBC as Assistant Conductor for opera broadcasts.

Anthony works regularly for all the major British opera companies, including many seasons at Glyndebourne as Principal Coach and Assistant Conductor. He has also worked in Amsterdam, Brussels, Gothenburg, at Opera Australia for 10 seasons and at Bayreuth for six seasons, where he assisted on the Barenboim/Kupfer Ring Cycle and Die Meistersinger von Nüremberg. He was Head of Music at English National Opera for 14 years, where he conducted Dido and Aeneas, Orpheus and Eurydice, Lulu and Alcina. He was a judge on the highly acclaimed Channel 4 Operatunity series.

Previously Director of Opera at Royal Academy Opera, he relinquished this role in 2008 to become Associate Music Director of Opera Australia at Sydney Opera House. He was closely involved in the preparation of the world premieres of Sir Harrison Birtwistle's Yan Tan Tethera, Stephen Oliver's Timon of Athens, David Sawer's From Morning to Midnight, Judith Weir's A Night at the Chinese Opera, and Mark-Anthony Turnage's Twice Through the Heart, Country of the Blind and The Silver Tassie. He is now freelance and working with Bayreuth, Covent Garden and the London orchestras.

He is regularly in demand as a judge for major singing awards, is a Reader for the Queen's Anniversary Prize, and has given many masterclasses on auditioning. He is the author of The Art of Auditioning (Peters Edition).